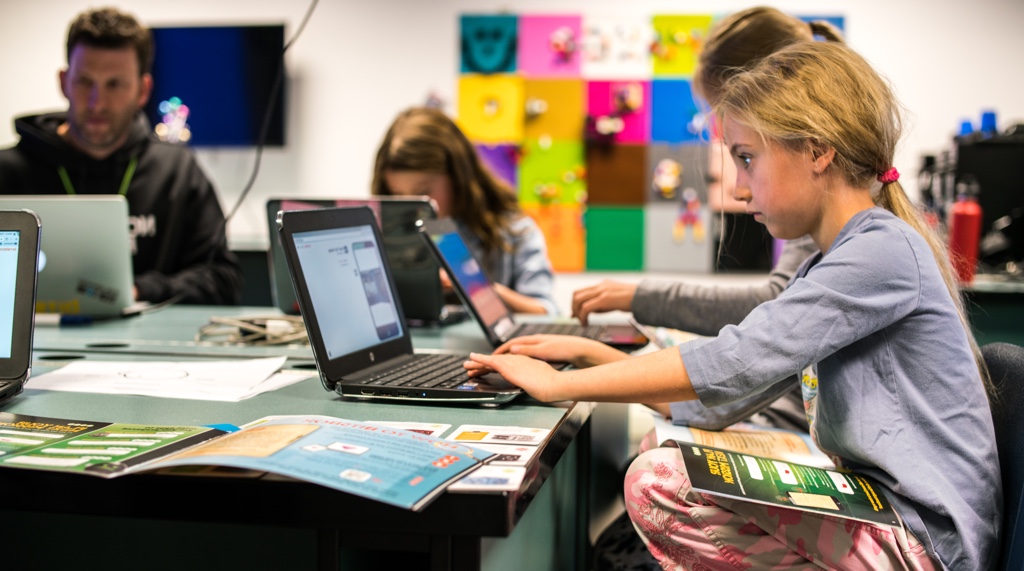 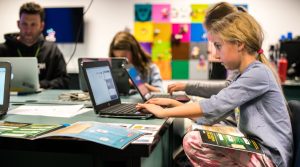 A new collaboration between a local business and the Summit School District that could land future graduates careers as the next generation of software engineers in Silicon Valley, financial analysts on Wall Street or rocket scientists at NASA is quickly taking off.

This fall, Frisco and Summit Cove elementary schools devised a new computer-coding elective a year after the successful launch of a pilot club at Frisco for the tech-driven coursework. Today, through funding and support from the Education Foundation of the Summit and in connection with EVO3 Workspace in Frisco, area third, fourth and fifth graders are learning how to write in a whole new language: JavaScript.

For the founders of the program, filling this digital deficiency in instruction for grade schoolers was an obvious need.

“In Summit we’ve always thought of ourselves as the tourist industry for the skiers, and the service industry, and what we started to realize is that we can really make our teaching stronger and our kids more aware of what they can do with their education when we reach out and make community partnerships,” Peder Hansen, STEM coordinator and media specialist at Frisco Elementary, said. “We really wanted to get into coding because right now and in future job market, it acts as a tool to actually create things, and those skills can express other innovative ideas, too.”

STEM — the acronym for science, technology, engineering and math — has become a greater area of emphasis for the district under its Vision 2020 strategic plan to improve how students problem solve and think critically. Working with EVO3, a community office space geared toward the tech industry for remote workers, was a natural fit, with Hansen acting as a co-founder of its nonprofit arm for precisely such ventures.

Labeled the “500 kids in 500 days” coding project, with its goal of acquainting that number of local children to the subject in the next year and a half, the early results of the program are clear.

“We believe that coding has become a basic literacy, especially for children growing up in our digital age,” said Bonnie Ward, vice chair of the Education Foundation of the Summit and member of the Summit school board. “It is really amazing to see how the students tinker and test out the many possibilities for the apps they are learning to code. Excitement fills the room as they share their unique apps with each other.”

Using Bitsbox, a coding curriculum based out of Boulder and geared specifically toward children, students quickly learn the importance of proper spelling, typing and applications of math to design games centered around spy, zoo and dinosaur themes. Often the reward for successfully keying in the correct workbook data on the provided laptop is a playable game or app that brings feelings of accomplishment, as well as a smile.

And long term, that could very well mean some significant salaries, in addition to notable achievements in such fields as banking, manufacturing and health care, among others. According to Aaron Landau, founder and managing director at EVO3, the average JavaScript developer now makes an annual income of $92,000, and demand in those careers will remain high.

“Studies show that there will be 1,000,000 jobs in America in STEM that we won’t be able to fill because of the huge technology gap,” he said. “So starting kids young to figure out if they’re interested — and it’s so easy to introduce with all of these tools — is a way to address the deficiency in the school system.”

Helping overcome potential stigma of those who opt for an alternate path other than college — perhaps deciding on a trade school rather than attending a conventional university — is another element of the partnership. Whichever path an individual chooses, the hope is these kids do so with a unique approach and a different perspective, given their training.

“This is an opportunity to learn something not traditionally in school, so kids can become creative with problem solving and as great analyzers,” Hansen said. “And just learning how to code doesn’t really make sense unless you’re going to apply it. We want kids not to learn just to code, but to learn code as an expression of ideas and creating.”

Last year with the pilot club, Frisco second graders worked with actual clients. They spent time producing functioning prototypes before presenting them for everything from how to keep wildlife out of trash receptacles, improve signage for Colorado Parks and Wildlife, and how the Frisco Adventure Park might add a new inner tube sliding hill.

“I couldn’t get over what it was forcing children to do with problem solving and getting confidence — the real-world application that coding was providing them,” Mike Rupert, Summit Cove’s STEM coordinator, said. “It was really rewarding work around certain issues and great for students to see what happens through hard work, collaborating with teammates and multiple kids putting eyes on the code.”

Summit Cove principal Crystal Miller agreed, and it wasn’t long before the school was bussing over fourth and fifth graders to EVO3 for an hour-long introductory lesson. Experts in the coding field have also held three supplementary sessions in October at the school, and now students are in the design phase until they exhibit their work at a final session in front of their families in mid-November.

Having already served about 200 kids in the district, EVO3 has also received inquiries from other elementaries in the district, including Dillon Valley, and is quickly nearing 80 percent of its target number for the “500 kids” project. Current projections show the collaboration may hit its mark in just six months. From there — be it the present-day or future technology, space or financial hubs of the United States and world — it’s anyone’s guess where it may take these skilled coding prodigies next.

For more information about the EVO3 Foundation, visit evo3foundation.org.